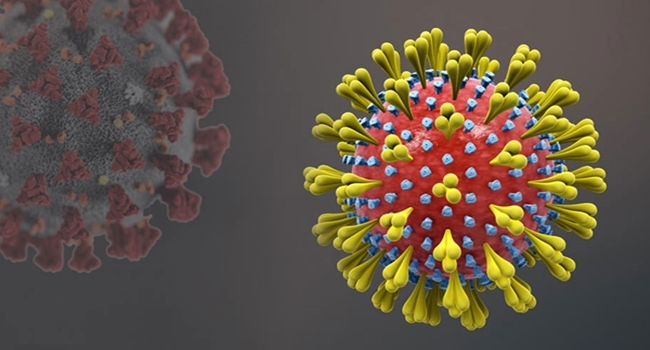 The covid pandemic had brought with it many challenges for all communities. We have seen people lose their jobs. This has resulted from the closure of huge international household names like Debenhams and Topshop to small and medium business to include local shops, restaurants, and takeaways. We have seen the huge loss of months and months of education for the nation’s children and young people. Schools, colleges, and universities have been forced to close for long periods of time.

During these weeks, which then stretched into months, we saw children not only suffer due to a lack of formal schooling, but also really struggle with their mental wellbeing. We saw a huge increase in the number of people being admitted into hospital. The funeral directors and grave diggers were busier that they have ever been. Older people who were required to self-isolate, suffered from increased isolation, often leading to increased loneliness, anxiety, and depression.

Throughout all the difficulties of the past 18 months, ALL communities have suffered. Unfortunately, there are some in the community who insist on playing the card of division. They have taken something as serious as Covid to further spread their hateful bigotry and discrimination.

It is now a well know fact that some communities have been disproportionality affected by the covid virus. Instead of trying to understand why this might be the case and sympathise with those who are suffering, there are some in the community who insist on playing the blame game and love to point the finger.

Some have argued that certain cultural or religious actions have added to the spread of the infection. It can’t be argued that the more people congregated, the bigger the chance of the spread. However, why do we have to racialise or put a religious leaning on anything done by minority ethnic and religious communities. Why can’t we just have an issue with the action and not blame entire communities for the behaviour of a few. So, we should be saying, large gatherings on the beach was wrong, large weddings (when they were not allowed) were wrong. Illegals raves were wrong. house parties were wrong. Rather than apportioning the blame to particular communities.

Also, if we are going to pick out the deficiencies of specific communities, isn’t it only fair that we levy praise and gratitude when people form these communities are engaged with good acts.

The number of people from BAME communities who work in the NHS and have become seriously ill or lost their lives carrying out their duty to protect the British public needs to be recognised. The first working NHS worker to lose their life due to Covid was a British Sudanese organ transplant specialist, Dr Adil El Tayar. He was in no way the last.

As well as the huge sacrifices made my the fabulous NHS staff and the thousands of other front line workers, many faith organizations such as churches, Mosques, synagogues and temples have also stepped up to the plate and delivered over and beyond anything I have ever seen in my lifetime.

Mosques such as Al Khizra in Cheetham hill and The Madina institute have tiredly been providing regular blood banks as well as hot food for front line staff for over a year. The Greengate Trust in Oldham have been driving around in their mobile foodbank dropping off much needed essentials to the most vulnerable in our communities. Al Adhab and Spectre have been doing similar work as well as providing much needed PPE in the early days of the pandemic.

Mosques, Temples and churches have opened their doors to the authorities to set up community-based vaccination centres. This has helped to increase vaccination take up numbers by hundreds of thousands of people. Multiple other organisations have provided mental health support, help to protect women from domestic violence and children from abuse. They have also provided sanctuaries for those who have lost their jobs, those who have needed bereavement counselling and those whose children have needed additional support with lost schooling and education.

These organisations are not going this for awards or recognition. They are not even asking for a thank you. However, when some people in the very communities they are trying to help are attacking them for not caring and not doing enough to stop the spread of the disease, it must hurt. Lets not forget, they have set up to serve ALL communities, ALL of humanity. And lets also not forget, like the rest of us, they are also human, with all the aches, pains, emotions, strengths, weaknesses, hopes, desires and dreams of a better tomorrow. Be a part of a better future. Stop the hate, spread love, joy and kindness.